Try Before you Buy

This post has moved to a new location
http://creativestarlearning.co.uk/creative-star-blurb/try-before-you-buy/
Posted by Juliet Robertson at Wednesday, January 04, 2012

What a wonderful mission for the coming year! I would love to have a "try before you buy" program in these parts. It's hard to know what products will work for your kids if you're just looking at a photo & reading reviews.

Love the Blog and my best wishes in your exercise in fundraising. I almost wish it rained more here or snowed! I'd love some snow.

Thanks for your feedback. A friend via Twitter also pointed out that sometimes, schools forget about where wet clothes go that need drying out and those practicalities too! This box would allow for that sort o experimentation too.

Sounds like a great idea! Have you tried the waterproof mittens? If not, do it. I think they are great. I like the ones with fleece inside the most, mainly because they are warmer.

This is a great idea, I have found that it is always useful to have a look at the rain gear before you buy. I know our P1 & P2's got stuff through Tesco vouchers but had I seen it first I could have told them it wasn't going to be very waterproof. Good luck with this idea Juliet. I also think if PTA's etc can see the stuff in use they are much more likely to be supportive of funding it.

People who know how to actualize their ideas so enrich this world. And since you are in that category, go for it. You may want to include a log of how and when the stuff is used. Or maybe even a feedback form of what worked and what did not. That doesn't have to be the sole province of the teachers, either. Hey, but you have probably already thought of that. Best of luck. Tom

What a great idea as there are so many brands on the market. You could go for a sustainable approach. Year 3 supplying year 2 with their outgrown waterproof. It could be labelled by a school tag designed by the class. Leaving year 6 to donate. It might not be everyone but over the years it will build up.

Thanks for all the feedback

2) Kierna - I think it's hard for schools who are generally skint as the vouchers are a good way of getting clothes. But the lack of choice is not good and the quality is variable. Good point about the PTA involvement

3) Feedback forms will definitely be part of the box Tom - and yes hopefully the children will be involved in that too.I want children to be fully involved as so often their views about clothes are not considered yet they are the people who have to wear them.

I think this is a great idea.

Are there many companies who do outdoor clothing for older pupils? It would be good to have a selection of affordable clothing for upper stages.
If you would like a school to trial anything I'd be happy to organise something. My P7s would enjoy helping P1s (they all have a buddy or two in P1) look at outdoor clothing and chosing what would be useful? It would be fun/useful for them as well as the P1 staff.

I like the idea of the waterproof gloves as that's always a problem with my class on cold days - soggy, thin, woollen gloves! 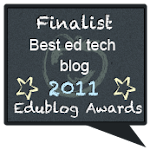 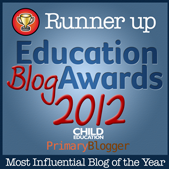 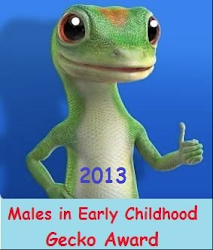